Welcome to ‘The Forgotten and the Fantastical’ Carnival

This carnival is about celebrating fairy tales (particularly those that empower women) and sharing creative works on the theme of fairy tales. 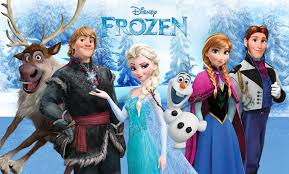 The fairy tale of our time is undoubtedly Disney’s Frozen. As a mother of two young girls, rarely a day goes by without those familiar lines being sung or screeched in some sort of role play often involving reindeer, tiaras and dramatic waving of the arms as unseen ice powers are unleashed and unsuspecting parents or passing toddlers are zapped and frozen to the spot. 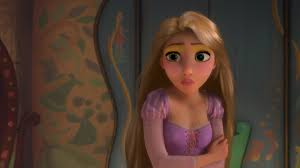 Yet as a family we have often avoided traditional fairy tale books and films. Whilst attracted by the dresses and sparkles, my daughters found the actual stories scary and threatening and I had issues with the messages of passive princesses waiting to be rescued by a handsome prince. For the plot of the majority of the traditional fairy tales involves princesses who are generally trapped, powerless and somehow imprisoned and their only hope of rescue and happiness is the arrival of a passing prince who is attracted by their beauty. 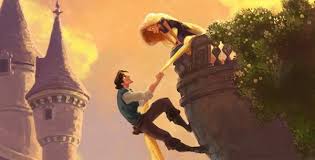 Whilst such fairy tales, traditionally intended for adults, do hold deeper messages, life lessons and cultural archetypes, I doubt such messages are received or understood by our children. Generally children take things literally, and in my experience girls are attracted to the dresses and the sparkles and they tend to be frightened by the scary bits. These types of stories can be a good spring board for discussions about women’s passivity and being rescued by a prince, but I wonder to what extent such portrayals of women are really serving our girls as they strive to explore life and make sense of their place in the world.

So it was with a bit of a yawn that we succumbed to Frozen fever and bought the film. Yes there are sparkly dresses and scary bits but as a family we found the messages here to be different, and refreshingly so. My daughters liked the way the story was centered around two sisters and could relate to the characters more, and understood from first watch that it was the sister’s love for each other which was at the heart of the film.

For me, as a mother, feminist, writer, Disney-cynic and yogini interested in women’s power and transformation, I was rather surprised to find myself feeling Frozen was Disney’s contribution to our planetary re-awakening of the sacred feminine, or female power!  Previously, female characters mostly played a passive, and secondary role to males, and the plots were always based around the disempowering tale of imprisonment and woe followed by rescue by a prince attracted by her physical beauty. Women’s lot, oppression, or rescue, were determined by men’s choices. How refreshing to see a story which centers upon the journeys of two sisters. Whilst male characters are present, they are secondary to the goings on of Elsa and Anna, and neither character’s journey of final destination is solely determined by a knight or prince.

For me, Frozen makes a number of contributions to the discovery and celebration of the sacred feminine, or the re-discovery of feminine power. Whether you agree of not, I hope the ideas make for fun discussions with your sons and daughters! 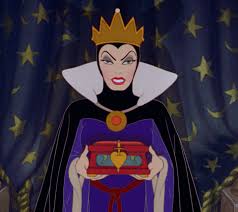 Power – traditionally fairy tales saw strength and power as a man’s domain, used to overpower or rescue women. If female characters were powerful, mostly they were also evil, cast as witches or stepmothers using their power in a negative way. Powerful women in fairy tales were generally assumed to be wicked, using their strength to hurt or manipulate others, or to meet their own selfish desires. What do such messages teach children about using their own personal power, or even being powerful. We know only too well that girls are more likely to be called bossy for exhibiting the same leadership type behaviour as boys. Truthfully, how is the fairy tale portrayal different from how we actually perceive and receive seemingly powerful women in real life? Do so-called powerful women still have to embody male characteristics of power to be recognised, and what are our alternatives? Could we love a powerful princess, and how would she be portrayed? 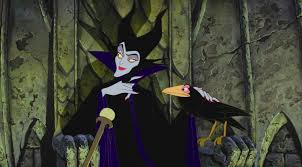 Similarly thousands of real life women have lost their lives in torturous ways throughout history for possessing supposed supernatural powers, be these knowledge of healing herbs and teas, or spiritual healing knowledge. The archetype of evil witch lives on, to be feared and never trusted. Elsa herself fears her own power and struggles to keep it hidden from others, being the ‘good girl she always has to be’.

Yet through her journey of isolation in the mountains, she dares to (dare I say it) let it go;  she throws off her gloves, and with them the shackles of expectation of who and what she is expected to be. She looks inside and explores her own power and her own darkness. She tests herself and manifests her wonderful ice palace, unique in her own image. For most girls, ‘Let it go’ is their favourite song, and the bit they play most in role play is the swishing of the arms creating their own ice castles. Through casting off her gloves, Elsa discovers her own power and freedom and is happy with who she is, even through she is different to others and not what others wanted her to be. 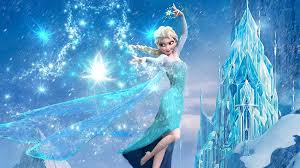 Surely this is a message worth holding on to for our little wanna be princesses.

Her journey is akin to real life women letting go of the expectations of what others think they ‘should’ be and do, and embarking on an inner journey to discover who they really are, and to use their own powers of self discovery to create the world they want to see, which honours and mirrors their unique gifts.

Real life women throughout the world are again awakening to re-claim their female powers be this through honouring femininity, their bodies, menstrual cycles, creativity, spirituality and finding and expressing female voices which have a different message and a different rhythm to our male dominated discourse. Whist previously female empowerment may have been perceived as women being equal to men, honoring the sacred feminine is about exploring, creating and celebrating female expressions of power and creativity in their own right, and not measuring them against the patriarchal yardstick.

Although Elsa discovers her own power, her journey is not yet complete. She is fine living in isolation, yet she fears owning her own power and being her true self amongst others. How does this relate to real life women? Whilst we may know inside we are truly powerful, how does this really sit with us? Are we truly comfortable with this, or do we harbour inner fears that we may become power crazed and ego-centric, worrying others will see us as arrogant or big headed, or just laugh at us and think we are weird or bossy? Elsa is unsure how to use her power, and chooses to live alone, ‘I’m alone and free‘.

Connecting with Anna, Elsa comes to realise that it is love which will help her to use her powers safely and for the good of all. And there is no greater spiritual message for us in the real world. We may initially hide from or shun our own power or strength, yet it is the intention with which we use such energy which determines the results. If we can learn to use our own power, strength, gifts and talents from a place of love, with positive intentions, we have nothing at all to fear. 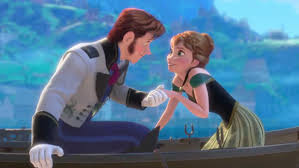 Isolated, confused and deprived of affection as a child, Anna is vulnerable and desperate for love as a young woman. This causes her to grab with both hands the first bit of attention and affection she receives from villan-prince Hans who sees her weakness and schemes to use and abuse her.

Anna’s immediate acceptance of marriage has led to many hilarious discussions with my daughters about the most suitable amount of time to get to know a partner before getting married. Their suggestions ranged from three to forty years! We’ll re-visit that one if a few years time.

Despite her emotional vulnerability, Anna is sure of her love for her sister and she sets off on a some-what naive journey through the snow to find Elsa. Along the way she encounters Kristof, the odd reindeer riding ice seller, and whilst their relationship is not love at first sight, he accompanies her on her journey. 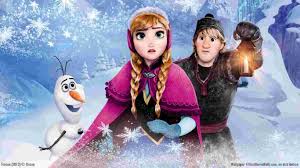 What I find really significant about this is that Anna is in control of her own journey and decisions, and Kristof offers guidance and assistance. He doesn’t take over, and she doesn’t want him to. They get to know each other, and eventually fall in love, by walking their own paths, not giving up their own interests for another. What a refreshing new message, compared to the usual fairy tale rescue, love at first sight scenario. Cue more discussions about getting to know people as friends before beginning relationships!

Happy Endings – The happy endings in Frozen came from the result of Elsa and Anna’s own journeys of discovery. Both got to know more about who they really were, their own strengths, and what they wanted from life. Their happiness came from being happy with themselves and from their love for each other. Both were accepted by others for being who they are, and the ending showed that the young women could be happy with or without a prince!  How refreshing for the end not to be about a prince saving a princess and them living happily ever after, but a community accepting two very different women, and each character sharing their own love and unique powers for the greater good of others.

Oh, and did I forget to ask…would you like to build a snowman? 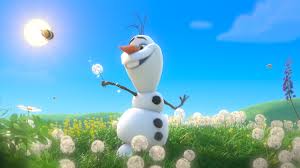 The Forgotten and the Fantastical 2015 book cover

The Forgotten and the Fantastical is now available to buy from The Mother’s Milk Bookshop (as a paperback and PDF) and as a paperback from Amazon.

It can also be ordered via your local bookshop.

Any comments on the following fab posts would be much appreciated:

In ‘Imagination is quantum ergo fairies are real’, Ana, at Colouring Outside the Lines, explains why we should all believe in fairies and encourage our children to do the same.

‘Wings’ — Rebecca at Growing a Girl Against the Grain shares a poem about her daughter and explains the fairy tale-esque way in which her name was chosen.

Writer Clare Cooper explores the messages the hit movie Frozen offers to our daughters about women’s experiences of love and power in her Beautiful Beginnings blog post ‘Frozen: Princesses, power and exploring the sacred feminine.’

‘Changing Fairy Tales’ — Helen at Young Middle Age explains how having young children has given her a new caution about fairy tales.

In ‘The Art of Faerie’ Marija Smits waxes lyrical about fairy tale illustrations.

‘The Origins of The Forgotten and the Fantastical’ — Teika Bellamy shares her introduction from the latest collection of fairy tales for an adult audience published by Mother’s Milk Books.